Question Mark and the Mysterians "The Luv Tracks" 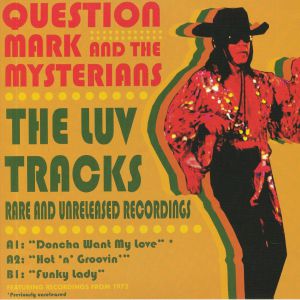 (Night Train, 2018) The Prince of wearing Orange instead of Purple returns with a reissue of a reissue (amazing early 70s borderline sweet soul/smooth funk tracks on the Luv label which were reissued with an unreleased track by Norton years ago, then re-released as an overpriced Record Store Day release still touting the previously released unreleased track as still unreleased). But regardless of me paying too much (and the picture sleeve seemingly designed by a high school student new to Photoshop, featuring a great photo of 90s Question Mark, decades older than these recordings [yet somehow ageless]) I would pay it again, because you can't get too much Q!
Posted by Roctober Productions at 12:16 AM No comments: Links to this post 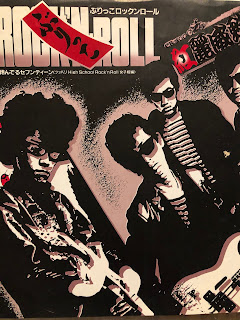 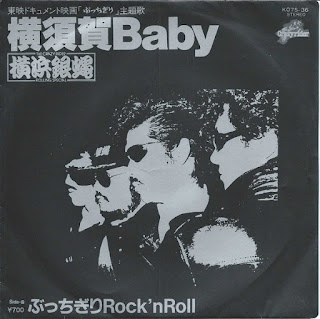 (Crazy Rider Records, 1981/Columbia 1982) I got these two singles in China and did not know they were the same group initially (even though the same songs is on both 45s, but I assumed every 70s/80s Japanese 50s leather band had a tune called "Rock N Roll"...Carol is the only onne of this type group I knew previously and they had a song called "Good Old Rock N Roll"). So for the Columbia single where the band's name is in Japanese I searched online for ten minutes for clues, found footage of the reformed band playing a classic car show in 2014, but even that had the band name on Zjamapanese characters, and on Discogs this record does not exist, BUT, I found the same tracks on a record from the previous year on a different label, so I learned the band name was Crazy Rider. Then I saw on the other record that their name in English (and the label name, which was the band's name, was also in English). But in my defense, there are beards and mustaches on the 1980 (according to Discogs, though it says 1981 on my copy) record, and by '82 (or '81 if Discogs is right about that alternate release) they had successfully transitioned from facial hair Sha Na Na greaser 50s rock to clean shaven Stray Cats 50s greaser rock. However, musically (though OK and bouncy and raw-ish), they are sub-Sha Na Na (Happy Days-theme song level sub-Sha Na Na), with no traces of punk influence at all. Carol was in 1972 and was more savage than this (which is why Guitar Wolf [who had multiple songs with 'Rock N Roll' in the title on "Missle Me"] cite Carol more than Crazy Rider. Still, this was worth the Yen. And the adventure of finding out who they were. And the minutes of my life watching this that I will GLADLY never get back.
Posted by Roctober Productions at 11:59 PM No comments: Links to this post

Sick Thoughts "Need No One" EP 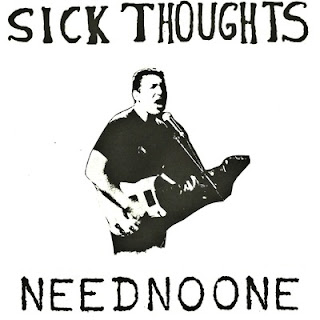 (Can't Stand Ya!, 2013) Lo Fi assault and a-pepper...and in spicy and tasty. And hot. So maybe red pepper. And dulls your tongue after a while. Not maybe cocaine, as well.
Posted by Roctober Productions at 9:08 PM 1 comment: Links to this post 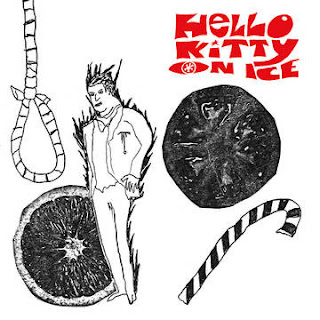 (Burger, 1984/2016) So wild that my inner child smiled (he is a masochist and this record beat the shot out of him, thus the smiling).
Posted by Roctober Productions at 9:04 PM No comments: Links to this post 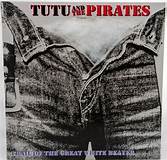 (2013) This both legendary and obscure 70s punk band released a new album in the 21st century with a new sense of maturity,  as this is an album so refined, sophisticated, and cerebral that they pasted a dense bush of pubic hair to the cover (a scathing critique of Warhol's most notorious graphic design project, clearly). Also they think goofing about pussies, gay bars, and jacking off is fucking funny. And if you are dumb enough, and I mean gloriously, intentionally, brilliantly dumb, it is pretty funny. I suspect some of these songs were written back in their heyday, as there are two tunes about the disco craze (one including a premise involving a would be mass shooter, which even they may not have written in this era, and one a Bee Gees parody), but who cares how moldy these oldies are, they are as hysterical as they are historical. If punk had stayed this ridiculous we all would be better off, Danzig would be a lot be happier, and every album would have pubes!
Posted by Roctober Productions at 2:52 AM 1 comment: Links to this post 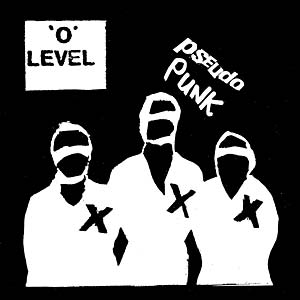 (1977/1992/2014, Munster) These rare sometimes satirical late seventies tracks were made by a band that was not so much UK post punk as they were side punk, as if they were standing next to the other bands and goofing on them, with humor that runs from dry wit to hints of Monty Python. Ed Ball (Television Personalities) had a ball here with his mates, and now you can too!
Posted by Roctober Productions at 5:04 AM 1 comment: Links to this post 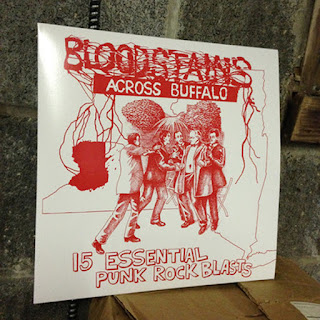 (2014, Extra Evidence) I have known a number of genuinely demented "creatives" with Buffalo juice in their bloodstream, so I'm not surprised this '78-'82 punk/new wave/power pop/garage/trashrock comp is a magnificent mess. The Jumpers' "This is It" concussed me! Micky Mapp With Intro-Verse's "Please Police Me" is Happy Days-era rockabilly played by cartoon frogs! I tried to clean my stylus the first three times I played the Fems' Modern Lovers*-meets-a garbage disposal masterpiece "Go to a Party" (until I read the liner notes explaining that this was "mixed by baboons"). I actually dig the off key entries here, including the harsh "F.Y.Y.B" by New Toys which would make the Mentors request the guys tone it down a little, and Parousia's "Miss Ogyny," which apparently is a faux-new wave synth track by a Jethro Tull-ish prog band. "Go Go Go" by Electro-Man sounds like Weird Al trying to go straight, and failing. The Vores' "Love Canal" sounds like that fake hard rock song on the Cheech and Chong album. In addition to exquisite curatorship (assuming this isn't actually every punk single released in Buff-town pre-Thriller) I am most impressed with the liner note writer's harsh-assed critiques and outright dismissals of shitty b-sides, other bands in the scene, and the entire output of Electro-Man other than the one glimmer of greatness included here (explore the catalogue "only if you like rap rock songs about Kraft macaroni and cheese"). Before listening to this Buffalo, to me, was synonymous with losing four consecutive Super Bowls. But this comp proves that town had the goods to lose four consecutive Super Bowls of punk!
* based mainly on them saying "asshole" in as nerdy a cool guy voice imaginable, a la "Pablo Picasso."
Posted by Roctober Productions at 11:19 AM 1 comment: Links to this post