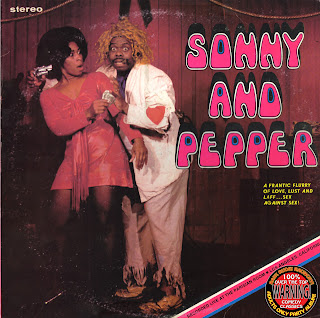 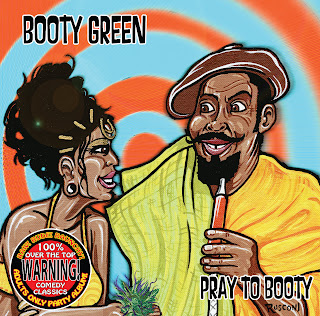 (www.cultcollectibles.com) This disc, featuring two raucous albums, is the best in the Old School Comedy Classics party records reissue series so far. Though far more obscure than the other artists in the series, both of these acts truly capture the energy, historical weight and wildness of a live 70s black comedy show, documenting jokes and routines that harken bark to 19th Century minstrel stages (especially in the case of S&P's back and forth banter) and exploring freedoms to unleash profanity that were still fresh in the Me decade. Green's jokes are loud, bold, and ridiculous, utilizing stereotypes so broad and bizarre even he doesn't know what to make of them (his attempt to sound Chinese is genuinely confounding). He also does an epic toast called "Last of the Great Fucking Machines" that's worth the price of the album. The comparatively clean Sonny and Pepper deliver a thrilling live performance, breaking into blues songs, preacher cadence, and more spousal insults than a month of Lockhorns. It really feels like you are in the audience, and the howls surrounding you seem sincere! Super highly recommended!
Posted by Roctober Productions at 10:14 PM