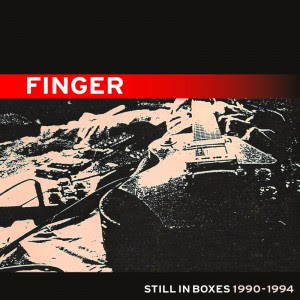 (Second Motion) Finger poppin'! If my proctologist had a Finger that felt as good as this 90s Raleigh rock n roll band does, I'd know a lot more about the state of my prostate! Great vocals, melodies, guitars...all that stuff you're supposed to have is here, making this marginal Merge band's music's re-emergence remarkable.

Posted by Roctober Productions at 11:36 AM No comments: 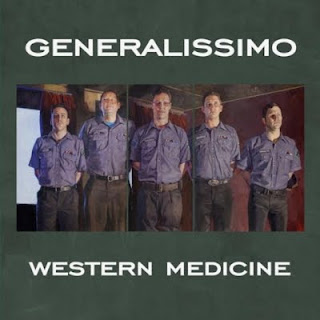 (www.kathygreenholdt.com) Over a well-made bed of spare Americana Ms. Greenholdt's lovely voice lets loose with some faerie-like olde time music that would make her the perfect muse for a Knight of the Roundtable. In a sidenote, I took some sidenotes on this CD in handwriting I can't quite make out, but I believe I wrote down "husky Madonna" (I assume I meant her voice, not her figure, which is svelte, though I believe "husky" as a euphemism for overweight is only used in adolescent boy's undershirt sizing) and I seem to have written either "street fruit" or "street fight," neither of which make any sense. I do sometimes RUI (review under the influence).

Posted by Roctober Productions at 11:27 AM No comments:

Guest Review by Robert Dayton (Fantagraphics)Jim Woodring is the greatest cartoonist of this era. There. I mean that.


I first saw his work when I was a teen, one of his comics was staring out at me from the shelf of my small town used bookstore. It was issue one of Jim. And there it stared for a few weeks. I was scared and intrigued but I wound up buying it. I just had to. I’d never seen anything like it. That was it, man. I was gone! The only thing that had such a similar effect on me was discovering The Sun City Girls a couple years later.
I started writing fan letters and ordering all the crazy stuff from his mail order catalogue (I never ordered the poisoned pup sponge, tho).
Jim Woodring was the first hero I ever met when I made a pilgrimage to see him a couple years later. Whoever said, ”Never meet your heroes” had the wrong heroes.
Much time has passed. His work just kept getting better and better. It feels like years since Jim Woodring has done new comics work. Vinyl toys and paintings, sure, but comic work? Seems like forever. And I don’t think he’s ever done a full-length graphic novel until now. This just might be his longest story yet! And it still achieves that strong impact.
For several years now, Woodring has been doing layered, unconventional moral tales of a sort that feature a cartoon cat named Frank. Being a  master of language, Woodring makes these sequential comics without any words. I do really like the way Woodring works with the English language, but these stories are meant to be beyond words, words can pigeon-hole, they are much too fumbly for this completely visual communication.
Weathercraft only features Frank The Cat in a supporting role, the central figure is Manhog, normally the antagonist in such adventures. This adventure is without words as well. Actually, there are hidden words on each page. I’ve struggled to find them but I can’t find the words. But, yeah, it’s basically wordless, making it accessible for all with sight. That doesn’t mean that this is a breezy read, one can go at any pace but easily return again and again to glean gorgeous details and new meanings. One can even stare at a page for days on end.
Comics are a bastard medium, two sides of the brain have to duke it out to read words and look at the pictures. Naturally, such mental conflict is less of an issue here. Thus, one can fall into this book much more easily. Weathercraft will most likely take you out of yourself and put you in a whole other state.
When it comes to atmospherics and shadow-play, Woodring has a polished and controlled inky vibrato creating lines that shimmer, even amidst torture and horror and unfathomable creatures.
Manhog is a pitiful creature. He is regularly abused, often he brings it upon himself. What a shock it is that he would be the one to achieve a form of spiritual enlightenment. Betty and Veronica are two bird-like hags that mysteriously propel the story from the sidelines through rituals that alter the weather and, in turn, alter Manhog’s course. A demon leaves through his mouth, later, another demon enters. Is demon number one what makes him feel a victim? When he gets bopped later on, without any demons inside, he simply smiles. Is this how enlightenment happens? Through the mouth? Will Manhog stay enlightened for the next book?
Posted by Roctober Productions at 11:14 AM No comments:

Sword Of My Mouth by Jim Munroe and Shannon Gerard

(No Media Kings/IDW) (Guest Review by Robert Dayton) A strong use of photo references for this pen-and-ink illustrative style adds heavily to the character-driven naturalism. She isn’t drawing from a pool of movie stars ala Alex Ross but from real un-self conscious people (ever seen a movie star? They ain’t real) and their honest, emotional physical and facial gestures. This is not an all-out action comic! In fact, some off the action happens off panel. Sword Of My Mouth seems to be a reaction to the Left Behind series of books and movies (I’ve seen all three movies and loved them but was not left converted or shaking in fear: the intended reaction of the creators) but then seriously tries to answer the question,”No, really, what if The Rapture actually happens?” This graphic novel focuses on a community and neighbourhood level sense of activism. The art-style works perfectly for this. Artist Shannon Gerard does not use panel borders. She utilizes the movement, mannerisms, and interactions of the characters to show the passage of time. I’ve never actually seen anything like it in comics before. It is even more personalized with easy-to-read diary-style lettering.
This is actually the second graphic novel that sci-fi author Jim Munroe has written about The Rapture. The first, Therefore Repent!, was set in Chicago but one doesn’t need to read it to understand Sword Of My Mouth. Shifting to Detroit, more specifically The Heidelberg Project (http://www.heidelberg.org)- the forgotten neighbourhood turned massive, inspiring art project, it makes The Rapture look like an okay time. Except for all those armed asshole angels that swoop in to commit a hostile corporate takeover with their redneck Jesus freak henchmen and the suit-wearing skeletal Famine. These antagonists are not the focus. Many of the characters are just trying to raise a community garden, deal with fractured relationships, explore their mutations and magic, and use clever ways to take a stand and fight back. Moves along nicely, except for a climax that makes for a slightly muddled reading.
Kirk Cameron will most likely not be in the film adaptation.
In every way, this graphic novel is indier-than-thou: even the protagonists look indie! And this is an indie publisher (uhhhh, co-releasing it with the 4th largest comic publisher in North America) and they are finding new ways to reach their audience. Available for download here:
www.nomediakings.org
Posted by Roctober Productions at 11:11 AM No comments: