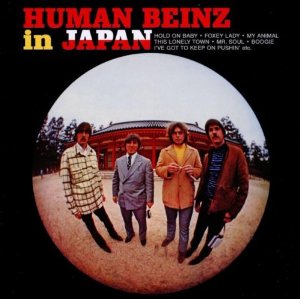 (Sunbeam) (Guest Review by Gentleman John Battles) It's fair to say, a lot of people won't be able to fathom what a big deal this is. I mean, how many live recordings turn up from back…way back…in the day, of ANY American Garage groups? There's the excellent Shadows of Knight and Standells sets on Sundazed, the outstanding Electric Prunes' Stockholm set, and a Seeds bootleg or two, but not a whole lot else. The Human Beinz came in right at the tail-end of what we now call The Garage Era, and were actually more popular in Japan than here, so their last-ever live performance was built around the making of a live LP, strictly for the Japanese market. It was 1969 (OK), when this show took place, but the band makes no concession to the changes that had already left their kind in the dust. Yes, they cover "Foxy Lady" (rather well, I might add), but that also appeared on their debut album. In fact, several of the songs featured here are from that LP, a thoroughly enjoyable, studio-oriented, Garage/Psych outing. "It's Fun To Be Clean" didn’t make it onto this set, sadly. Their ever-elusive second album is, thankfully, represented by " I've Got To Keep on Pushing,” possibly their best-ever track. It warranting a strong cover version by Plan 9 in The 80's. The deadly skronk of John "Dick" Belley's guitar permeates the entire affair in a manner that recalls Neil Young's sole underrated bit of guitar work, "Mr. Soul" (which appears here in a version probably untouched until Dead Moon got their hooks in it). Otherwise, Belley's screaming fretwork directly cops from The Yardbirds "Boogie,” which sounds dangerously close to The Chocolate Watchband, when they too gave Jeff Beck's "The Nazz are Blue" the punk treatment ("Sitting There Standing"). As my friend and recent Nervebreakers' biographer, Laurent Bigot said in Ugly Things, the band does start to fall apart at times, most interestingly, when they start riffing on the Yardbirds/Billy Boy Arnold classic, "I Ain't Done Wrong,” which, sadly, never takes off. The vocals are noteworthy for their sheer primitive Folk-Punk quality. Hell, the whole affair is pretty damn primitive, all things considered.  This could just as readily have been called "The Death of Garage Rock,” had Norton Records not already used the title. Of course, the chaos, in a blur of white heat, gradually stumbles into an off the cuff, but thoroughly rockin', farewell with their one U.S. hit, the Psych-guitar driven adaptation of "Nobody But Me" (which, you could say, The Isleys put their own stamp on the same idea when Brother Ernie ushered in the Buddah and T-Neck 70s era). Cleveland would not Punk Rock like fuck again for about five more years.
BONUS: 10 Second Interview with David Thomas (Pere Ubu, Rocket From The Tombs). (Interviewer unknown. Come forward and claim your No-Prize)
Q:   David, were you a fan of The Human Beinz?
A: Well, I think Mel Pachuta's bass part on "Nobody But Me" was sensational, but, otherwise, not so much.
Posted by Roctober Productions at 11:18 AM No comments: 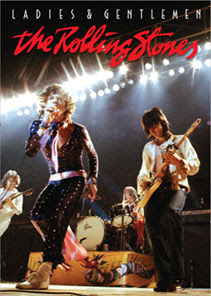 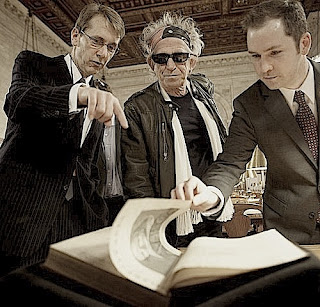