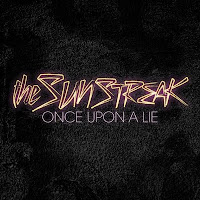 I wish this thoroughly slick, commercial, pop/emo/middle of the road rock CD was on a major label and these kids had received a nice advance or something so I wouldn't have to feel bad about slamming guys who self-released and labored over something that means the world to them, putting their sweat, heart, and soul into every note. But so it goes. While one could apply the word "inoffensive" to this, I'm going the other way. This is so bland it offends me profoundly -- maybe not to a declare-a-fatwa level of offended, but certainly to angry book burning-level offended. And apparently burning plastic releases some kind of toxic fumes that get you kind of goofy headed. Thus, I did ultimately get some pleasure from this CD. Though I suspect most of the fumes came from the jewel case.
Posted by Roctober Productions at 3:48 AM