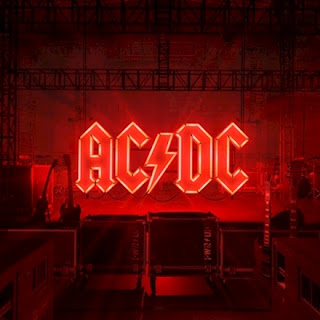 (Columbia, 2020) They had a Rock Mission, and they accomplished it: this sounds EXACTLY like an AC/DC record! Which you may scoff at, but think about the times the Ramones failed to make a record sound exactly like a Ramones record, which is ostensibly 3% easier. After one member died, one got caught for murder, and one lost his hearing the idea of a mostly intact reunion seemed unlikely, but here it is, as solid and thunderous as ever. PWR UP (not to be confused with the Pwr Bttm, gratefully) does have a weird spoken part that sounds eerily like Gene Simmons on "Domino," but I blame Brian's audiology therapist for that, everything else is just about perfect, and even that is kinda amusing.
Posted by Roctober Productions at 11:17 AM