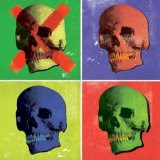 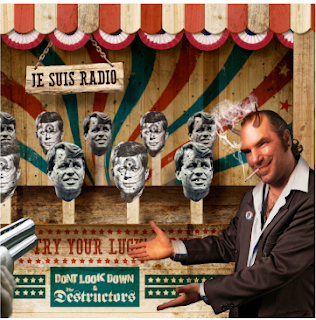 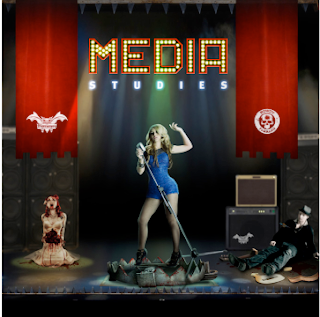 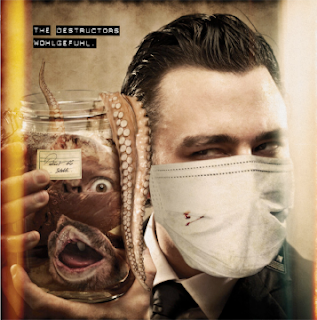 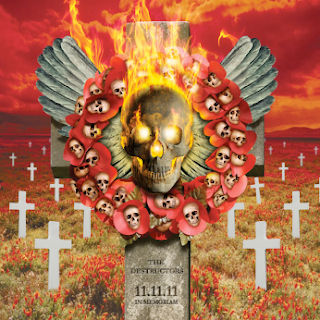 (www.destructors.co.uk) Here's the latest batch of releases from the Destructors, a 70s/80s UK punk band that reformed this century and have since been unleashing a Jandek-esque flood of releases, including lots of split CDs with younger bands, theme albums, and annual one-day-only releases. The latest of these one day wonders is "11-11-11" which is themed to correspond with Remembrance Day (WWI had its armistice signed at 11 o' clock on 11/11/18). Thus, rather than their Satanically festive "6/6/6" release or as digitally comprehensive "101010," this is a depressing depiction of war as a futile, dark death orgy. Despite having the same pub rock/Clash-attitude as always, the darkness gives this a metal edge. Certainly one of their best efforts yet. "Media Studies" is also solid, a theme record taking the press to task, with contemptuous lyrics about NME and Jonathan Ross and other references us Yanks don't quite understand, but we dig the sounds!  Don't Look Down are one of the best bands to split with Destructors, making music that is anthemic and rousing, but definitely not Oi (because Oi bands can't cover Tears for Fears). On the other hand, the Destructors covering Modern Lovers doesn't mean they ain't Oi-ish...there's lots of skins in Massachusetts! The split with Dun2Def makes the younger band look silly for celebrating their 10th anniversary compared to the haggard vets who respectfully let the youngsters put a little pub punk chocolate into modern punk peanut better. Then the Destructors show them how it's done with a sizzlin' set that even includes an anti-Obama song ("Yes we can...but we don't!"). Speaking of split CDs, the band has compiled a ton of tracks off past split CDs on their new POW! THAT'S WHAT I CALL KILLMUSIK VOL. 2 collection (and added an Easybeats and a Killing Joke cover to appease their clamoring Notting Hill and Sydney fans). While a few themes emerge (the expected anti-US government stuff and some unexpected anti-immigrant stuff, the latter far more nuanced and balanced than a racist pub-dwellers "Paki go home" grunts) this is mostly just a bushel full of kickass, refreshing, low down, awesome punk.
Posted by Roctober Productions at 10:07 AM