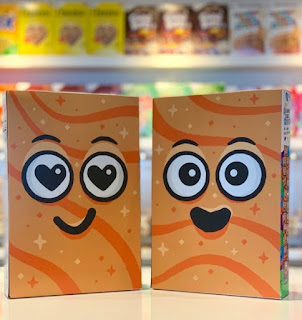 (General Mills) Of canonized cereals (not considering short-lived atrocities like Drumstick ice cream cereal) this is the worst one. The combination of the right angles and the borderline obscene amount of sugar and "cinnamon" coating these health hazards makes these seem not only jagged and gritty, but also equally awful in taste. And though their mascot can never surpass Apple Jacks ill conceived Rastafarian cinnamon stick Cinna Mon in the bad idea category, Cin-emoji is a godawful mistake that was greenlit by someone trying to get fired. 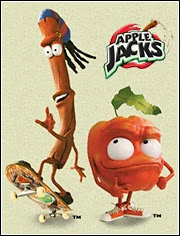 Posted by Roctober Productions at 10:53 PM