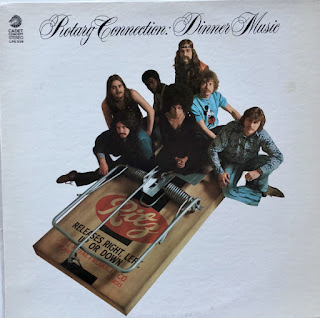 (Cadet, 1970) Obviously it is good that Minnie Ripperton made those solo records, and obviously we would have lost her no matter what path her career took, but if we can have multiple Spiderverse/What If?/Bill & Ted/Back to the Future alternate reality fantasies, I can wish I lived in a world where one of the best bands Chicago ever produced had the longest, most successful career of any group from this fine city, and Charles Stepney was using Grammys for paperweights to hold down his notes for his Rock N Roll Hall of Fame induction speech while fanning himself with millions of dollars in cash.
Posted by Roctober Productions at 10:21 AM