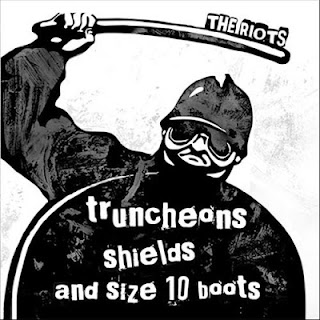 (CopaseDisques) This German release of British-obsessed Russian mods is so Clash-y it might as well have been pressed on plaid and striped vinyl, and so good it might as well have just been released as a lost 1977 single and we should just pay $100 for it off the bat. My only critique is that they are a little laid back for rioting bobby fighters, and, thus, the regular version is pretty dubby even before they dub remix it. But you know what my man Yakov Smirnof always says…In Russia 7” 45 spin you!
Posted by Roctober Productions at 3:12 AM