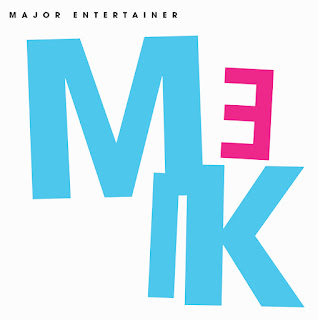 (ME) If Billy Eilish and Lil Nas X can be #1 then this should be too, it is just as indescribable. Synthy, catchy falsetto power pop but also squelchy and peculiar with loads of input from Trey Spruance of Mr. Bungle, Don Bolles of Celebrity Skin and Fancy Space People, along with his longtime collaborator Leigh Newton. Half of the songs are about horror movies and there are ballads. Glorious and funny. Major Entertainer put it out himself and put himself on the line on blue vinyl which is all the more reason to buy it, buy blue and not be blue. If 1/10000000000 of the people who saw Star Wars got this he'd be doing okay.

Posted by Roctober Productions at 1:20 PM