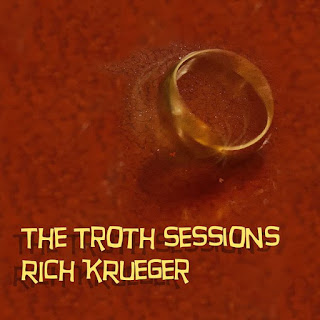 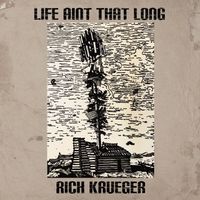 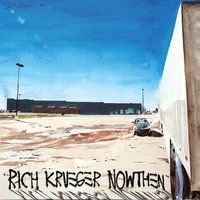 (Rockink, 2017, 2018, 2020) Sometimes is seems like there are just too many bands. One of the early Roctober contributors felt strongly that reviews should function as herd thinners, discouraging would-be artists on the bottom of the Darwin pile to give it up. While that mainly seems like a fantasy/grandeur illusion about imagined influence, it's also just mean, but on occasion I definitely get overwhelmed with mediocrity. However, what keeps me going is the opposite phenomenon. Sometimes I can't believe how many absolutely excellent musicians are out there that I've just never heard of. There's an inevitability of lost geniuses of yore popping up on curated archival releases or in the pages of Ugly Things or the Oxford American music issue, but what blows my mind is when a new CD or link, often accompanied by unimpressive graphic design that holds little promise of greatness, reveals something genuinely, sublimely wonderful. Listening to Krueger's 2017 debut (I just discovered his three albums) I am marveling at the rich, powerful poignancy of his storytelling and the genre-expanding quality of the music, feeling both enriched and like a sucker for not knowing who the hell this was. While steeped in Americana, and traditional in a sense, the strongest music muscle memory I experienced was recalling hearing Lyle Lovett for the first time,  and how he took the best narrative and musical and sincerity aspects of Country music without feeling bound by the genre's limitations. Krueger similarly looks beyond Country/folk/singwr songwriter  to all kinds of jazz and a few kinds of rock, and the musicianship and production is beyond stellar (looking through the co-conspirator credits on these records I can see why: Gary Lucas, Peter Stampfel and Robbie Fulks all sit in with his excellent band). Tales of bar-haunters and all kinds of love shine through on the first album, and the sophomore release has a harrowing portrait of an amazing character (and a skit where his family berates him for spending too much money recording albums). The new album builds on some old demos so the slick studio polish and army of collaborators is gone (and his kids have less to complain about, vis a vis, their inheritance going the way of Chinese Democracy), and it seems like a suite of song created to perform at weddings of very close friends. But the lyrics, about the complexity and challenges and idiosyncrasies of love and partnership are so precise and cutting that these must either be the most solid couples imaginable or their future is doomed for starting on these beautiful but offsetting notes. But if they break up, it will be OK. There's still a lot of fish in the sea of love, and there are still a lot of amazing musicians swimming in the review pile.
Posted by Roctober Productions at 6:05 AM