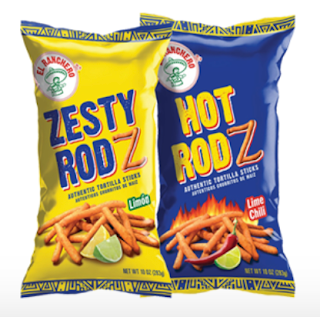 (El Ranchero, 2021) When I was growing up eating Jay's potato chips was the same as drinking Old Style: it was the Chicago brand. You were a sellout if you went Lay's. Instead of a bigger bag they sold the large size in a huge box, bigger than, but comparable in audaciousness to, those cereal-sized boxes that house the alleged-porno VHS tapes sold by Maxwell Street hustlers (I say "alleged" because though I was never bold or desperate enough to buy one, I was stupid enough to buy enough "gold" jewelry on Maxwell Street that turned my skin green to have doubts about the signals on that magnetic tape). My brother pitched for one of the Metro-Afro American League semi-pro baseball teams in Washington Park and their coach worked at the Jay's factory and opened one of those boxes and gave you one of the two bags inside as a reward if you won a game (he won at least one, and saved that bag for far longer than any manufacturer's recommendation). But in 2007 when Jay's was sold to an Eastern pretzel conglomerate I shifted allegiance to Vitner's, even though I'd been told that their South Side factory actually only produced pork rinds, and they jobbed out chip manufacture (today's Internet indicates I may have had bad snack intel). Sometime in the 2010s they merged with something called Snak King from California, but that just sounded made up, and they still seemed to get preferentially placement in every gas station and liquor store in town, so I still pretended they were 100% local. But it was just announced that Utz, from Pennsylvania, bought out Vitner's and plans to move all the manufacturing out of town. So looking for a new local snack fave I am willing to go outside the chip box (or bag, in the post Jay's heyday) and was excited to see that the El Ranchero tortilla chip company is pushing something called Rodz, which are "tortilla sticks" that are tiny, tightly rolled tortillas, which are harder and crunchier than most of your stick-sized snacks. The Hot Rodz lives up to its "lime-chili" claims by definitely having a better flavor-to-heat ratio than most of the "Flamin' Hot" fam snacks, but I'm not crazy about them enough, and the heat they do have kind of slows down my snacking. (as opposed to the speeds attained by their cinematic daredevil namesake, portrayed by Andy Samberg). I'll "stick" with the Zesty Rods, which don't exactly have as much citrus punch as promised, and are maybe too salty, but I sure kept eating them. I cannot say that I have found my new Chicago Ride or Die snack, but I will definitely get these again, and lots of points for getting behind a non-basic snack format. And for making a "Z" out of tight tortilla rolls.
Posted by Roctober Productions at 1:22 PM