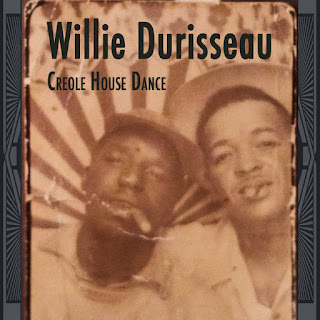 (Nouveau Electric, 2021) So good! When Mr. Durisseau was 101 a fellow fiddler visited him and recorded the creole cat playing in a wonderful lost pre-war style, and reminiscing about gigging at social gatherings with his brother, making fiddles,  and such. As far as this recording session, by "house" they mean going to dude's house and by "dance" they mean sit in a chair. And as this greater-than-the-greatest generation musician grooves out it' s still the best party you will attend this year! Limited to only 100 singles (though shoulda been 101, obvs) so stop fiddling around and order!

Posted by Roctober Productions at 3:54 AM