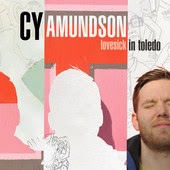 (Stand Up!) Cy has the confindent, borderline smarmy delivery of Anthony Jeselnik, but instead of making jokes about actual molestation victims he just jokes about fooling people into thinking he's molesting his niece and nephew. Maybe one or two times too many. That said, I sure laughed alot at this well-honed set, which is a little tough on the "white trash" contingent, but pretty damn funny in being so. And his bit about announcing a middle school girl's basketball is a pretty classic comedy album-type routine, approaching Bob Newhart territory...except for the ridiculing little girls part. Which is pretty much all of it.

Posted by Roctober Productions at 1:10 AM