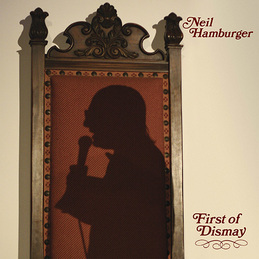 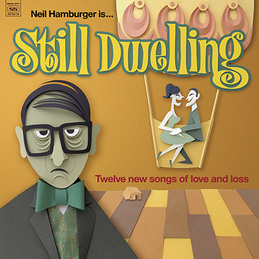 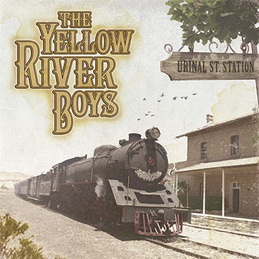 (2013-2019, Drag City, mostly) To me true success is having a terrible idea, committing to it, and then executing it to completion with exacting precision and unyielding conviction.  Anyone should (though not everyone can) see a good idea through. But to see a terrible idea through and hold your head high at the end is a very special achievement. There is no finer example of this than the Yellow River Boys, a glistening sample cup of shameless (literally, as presenting this material without shame is key) Southern boogie rock exclusively about peeing for pleasure. This is so funny, and so dedicated to theme, that I consider it the most heroic music recorded of the last decade. There are many very talented musicians/fetishists involved in this project, but Tim Heidecker and Gregg Turkington certainly have their DNA splashed all over it.
Speaking of Tim and Gregg, I am not deeply ensconced into the On Cinema world enough to speak on it as their superfans might, but I really do feel it was perfect comedy for the Trump era. Tim and Gregg portray characters that are both profoundly mediocre White American men who have come to deeply believe they are spectacular, entitled geniuses. What is particularly insightful is how Gregg is more or less harmless and borderline charming in his charmlessness as he spews his VHS gospel with unearned, delusional self-confidence, while Tim is only 5% more cocky, yet that 5% leads to actual death and destruction everywhere he goes. The MAGA parallels in the Tim/Gregg act would became more evident as Donald's actual words and actions kept blurring the lines between absurdist comedy and horror reality, eventually inspiring an actual On Cinema election movie (Mister America). But long before Trump triumphed these echos were in the characters (years ago Tim in his awkward standup would stumble through anti-Obama musings). In the past I had not enjoyed live Tim and Eric shows because the awkward silences on TV were where all the comedy happened; raucous fanboy cheering killed the humor. But On Cinema works on so many more levels that seeing their tour with crowd interactions (for VHS movie trivia challenges, and demagogue political rally simulations) was a delight. If the Yellow River Boys is the ultimate example of bringing a single terrible idea to glorious fruition, the massive, sprawling Extended On Cinema-tic Universe is a glorious, gluttonous feast of things that shouldn't have been done but damn well were.
With these excellent examples of ill-advisedness in mind Turkington's work with the hapless Neil Hamburger seems almost quaint, but his last two LPs yielded some of his best work. Because Hamburger does not sing beautifully it certainly falls under the questionable project umbrella for him to release an all musical album, but his country album a few years back was a pleasant exploration/exploitation of C&W tropes and treasures. But the 2019 Still Dwelling album is a quantum leap deeper into the musicverse. By enlisting gifted industry veterans to arrange, produce and play the splendid music on here, Hamburger has created a lush landscape of stellar sounds upon which to lay his cringy caterwauling. But even if he sang gorgeously (which is not possible while still being identifiable as Neil Hamburger) or had a gifted songbird triumphantly trill over the tracks, it would still qualify as a terrible idea, for while this music is perfect and perfectly executed, it is all done with the ornate excess of the Bacharach/Andrew Lloyd Weber heyday, a style no one (the fools!) cares about these days. So there is no way in hell this very labor intensive project qualifies as a good idea, and by executing it fully and fabulously it becomes a great triumph, if a bizarre one (as T.S.O.L. and Heart songs are given glorious production flourishes, and even an actual J.C. Superstar tune is brought to climax). It is really fun to sing Superstar songs, and while early Hamburger musical excursions parodied the comedians and actors who indulged themselves by recording pop songs, I feel Hamburger is overtly indulging himself here. This does not sound like a joke, and it does not sound like karaoke, as no karaoke track would have this level of, or such dated, production. And his voice is not presented as that of an awkward karaoke singer, for the production here is so good they actually take Neil's substantial vocal deficiencies into consideration, and this thing sounds as good as possible. As this project travels from terrible idea to musically magnificently inevitable commercial flop, Neil is rewriting the rules of failure!
And Still Dwelling is not even Neil's crowning musical achievement. On his previous LP, First of Dismay, Neil combined classic standup with some songs (including a Merle Haggard cover that does sound like karaoke, in a relatively good way). Hidden within is Neil's masterpiece: "Endless Roll." On this meticulously crafted, catchy pop disco ditty Neil, with painful sincerity and exacting specificity, expresses his frustration with a never-ending box of Costco garbage bags of such infuriatingly inferior quality that he fantasizes about throwing a party when the bags are finally used up, then cleaning up after the party utilizing a worthy brand's bags. He describes the failures of the drawstrings in detail and has powerful pain, confusion, and despair in his voice. Is it a good idea to write a song about malfunctioning trash can liner plastic drawstrings? How can it be? Is this song fantastic? Yes it is. And while great protest and calls to action and shining lights of truth songs have been written about conspicuous consumerism, and while much musical talent has been devoted to infectious commercial jingles, Mr. Neil Hamburger may have written history's only full length, danceable, earworm, lyrically magnificent anti-jingle denigrating a specific product. He is the first person to ever release a song about shitty garbage bags! He is a genuine musical innovator and revolutionary, in part because his idea is so deeply, truly terrible. What would you call that? I call it TRUE SUCCESS!

Posted by Roctober Productions at 4:01 PM