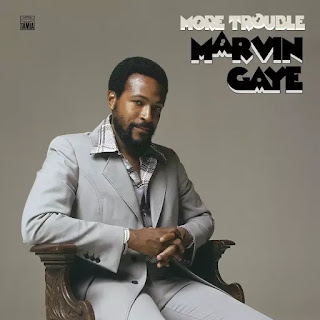 (Motown, 2020) I was kind of expecting this to be like the 2019 "You're the Man" release, where instead of presenting an outtakes/rarities comp this would be presented as a self-contained album that could have been released at the time. It turns out this extra material from the Trouble Man sessions cannot quite carry that load, but I did listen to this fifty times. There are really only a few songs here being repeated in alternate take sor edits, but they sure are good. The best thing here is the "worst" thing here, a rather lo fi vocals sketch with Gaye dueting his high voice against his low voice. I have never seen the movie, but this soundtrack is probably Top 5 Black action movie 70s soundtracks (a VERY competitive field), and the more I hear of it the more I believe that.
Posted by Roctober Productions at 10:10 AM