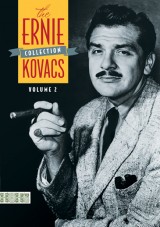 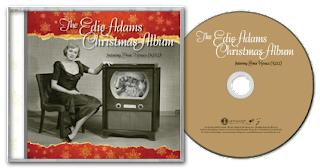 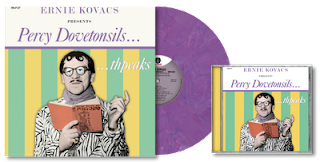 (Shout Factory/ Omnivore) Last years release of the massive Ernie Kovacs DVD collection helped reestablish the TV comedy pioneer's zany legacy. Although the hefty set featured recently unearthed episodes of Kovacs' 1950s morning show and some of his other programs, the main draw was Kovacs' experimental TV specials he did mostly in the early 60s that have been showing on TV and on VHS and DVD since being revived in the 70s. These establish Kovacs as a legitimate genius, who realized that both TV and comedy were art forms, and in art surrealism, unanswered questions, and formal beauty have a happy home. The second Kovacs set is more modest, nine hours on two discs, and mainly features episodes of his morning show. That David Letterman has denied Kovacs as a primary influence seems dubious, because watching these you see a dude messing around with the (then new) medium in ways very similar to Letterman. But watching Kovacs kill time, do nothing, amuse himself, and ignore the audience also brings to mind that Craig Ferguson talk show, but with one major difference. Ferguson's necessary (for TV hosting) cockiness is mixed with vulnerability, self-doubt, and a disbelief that he has a TV show. Kovacs is so confident, comfortable, and commanding that when the show drags it is interesting to see his relaxed manner, but not particularly entertaining. He starts one show joking about keeping his seat warm at an off-camera card game, and you imagine he's saving his best material for his friends at that game. That said, the shows do have some skits featuring Kovacs' absurd characters and even when they don't make you LOL they will make you SASYH (smile and scratch your head). But the true value of this set is the dusting off of episodes of Kovacs' brilliant game show Take A Good Look. A variation on What's My Line?, the show had a panel of Ernie's celebrity friends (including his lovely, charming bride Edie...or "my wife and yours," as Ernie says) trying to guess the identity of the mystery guest. But the rub is that the clues are given in the form of surreal, nonsensical, unhelpful skits that hint at Kovacs' bizarre TV specials that were still on the horizon. Watching the likes of Cesar Romero and Tony Randall be confounded by a clip of a caveman showing home movies of stop motion dinosaurs (representing "old movies," a clue to identify Mack Sennett) is pure joy. Ernie is great with his friends on the panel, and it makes me think his morning show might have been more engaging if he'd just invited the poker buddies in to kill time with him on air. Also included is a TV pilot for  show starring Kovacs and Buster Keaton, and a great interview. The Kovacs archives have also recently yielded two interesting audio recordings (released on deluxe vinyl if that's your preferred format). Kovacs' effete poet Percy Dovetonsils recorded an album of recitation (eight years after Dylan Thomas' hit record), but it was never released until now. Though some of the poems are amusing (especially one about falling off the Empire State Building), the real magic here are some bonus recordings of the character reciting on TV, and pretty much ignoring the audience, instead concentrating on making his crew and wife laugh with inside jokes and asides. Kovacs was amusing on TV but you imagine he was mesmerizing in real life. Far more solid is Adams' Christmas album, culled from old Kovacs TV shows where she would sing holiday tunes in her beautiful, classically trained voice. Though far from a jazz singer, Adams is still able to imbue songs with her personality and charm, even when doing them straight. And it's nice when she breaks up a bit (like on "Marshmallow World," where she seems to be eating and singing, and in duets with Ernie where his straight singing voice is still goofy). Spin this by the fire and Santa will be extra generous.
Posted by Roctober Productions at 8:07 AM