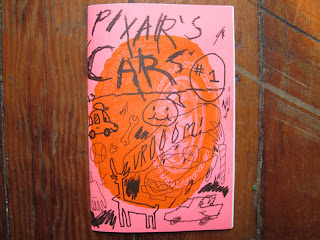 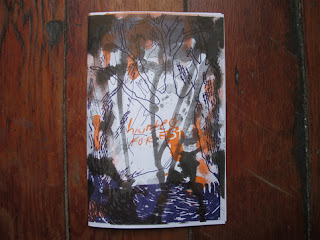 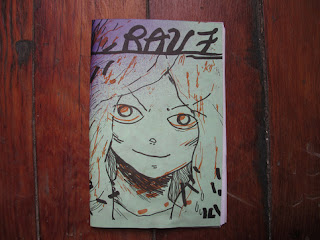 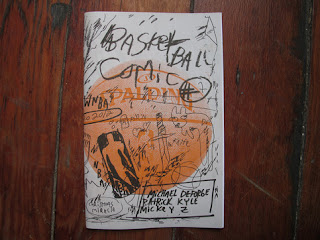 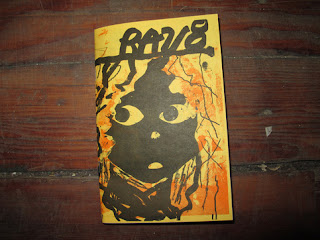 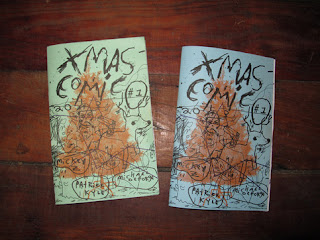 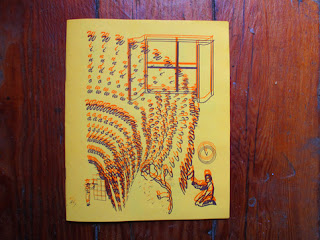 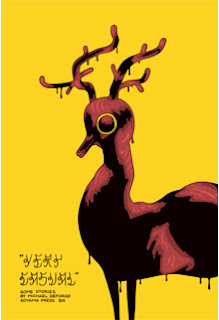 (Price Tapes/ koyamapress.com) The joyous tidal wave of comix goodness Mickey Z/Price Tapes has unleashed invokes the peak production years of Fort Thunder, due to both the Providence address and the mix of high art chaos aesthetics and low art functional comic book narrative tools, but (as made especially clear in Z's epic surreal subterranean romance/adventure Rav) influences invoked go back a lot farther than the 90s. Certainly the comix of Mark Marek, Gary Panter, and Mark Beyer are recalled in Z's tales of sexy beasts in haunted forests and peeping window washers, but Z and pals also draw upon the best drawing you did when you were four that you wish you could reproduce, and outsider art, and cave paintings. Which isn't to say that these are primitive or simple, just that there is a freedom and boundaryless nature to Z's work, and even the work of cleaner-line colleagues Patrick Kyle and Michael Deforge. Their collaboration Basketball is a wonder --an otherworldly, outsider tribute to a game and a culture that feels untethered to reality while seeming far more real than any sports movie or comic I can think of. If the psychology of hoops is perfectly captured by getting surreal, their exploration of XMas feels like more like a hyperreal distillation of holiday horrors (despite the whimsy of Kyle's fun lifework). And if you thought that was chilling, wrap your gears around the dark side of anamorphic automobiles in a their exploration of Pixar's Cars. And though Z's exquisite multicolor printing, which makes each zine/minicomic feel like a limited edition print, is posh and awesome, there's something to be said for a traditional, square bound, "real" book. I have admired DeForge's work before, but until I sat down with his recent collection from Koyama I was never rendered numb and transported to other worlds by it. This brilliant compilation, which features his awesome b-ball comic among many others,  sublimely grounds the strangest, ickiest, oozingest ideas into narrative forms that are both so familiar and so fresh that these feel as real  as your hand and as strangely unreal as your REM sleep brain's best meanderings. And the jokes are funny, too! One of the best comix collections of the Millennium (so far).
Posted by Roctober Productions at 9:19 AM