Cooler By The Lake “Summer’s Over” 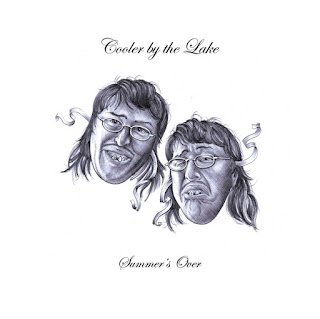 (Rory Lake Presents) I love most comedy records but the ones I can’t fucking stand are the fake glam/hair metal bands, doing tin-eared parodies of unparody-able music that was already filled with humor and overt self-parody. Ecchhh. So the thing about Rory Lake’s veteran rock combo is that despite presenting himself with dental and eyewear enhancements that are the equivalent of getting on stage in Groucho glasses, he ain’t joking.  Though there’s goofs and gags in these grooves (one song deconstructing rock singing recalls the Team America “Montage” tune), this is a band that is not only serious about rock, it’s serious about the subject matter, which is often rock, but also covers a kind of poignant nostalgia for summer, distant friends, youthful idealism…and rock. Rory never doesn’t try to sing his best (well, maybe he’s goofing on that “lick the stick” song, but that’s an outlier) and all that adds up to one of my favorite rock n roll albums in a long stretch. Lick that stick, Steel Panther!
Posted by Roctober Productions at 8:39 AM