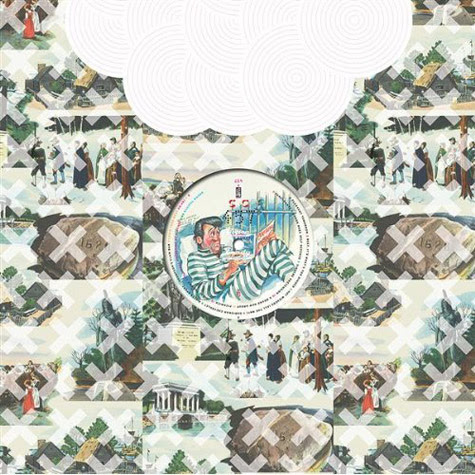 (Teen Beat) The first thing to report is that, as samples make clear, this is very much referencing the title band from Ron Howard's Made For TV directorial debut, a band whose rivals, Rapid Fire, have been profiled in this magazine's pages. Along those lines, the album is littered with samples, references, and delightful ad jingle cover songs not limited to, but certainly favoring the 1970s. Making that completely unproblematic are the actual songs that fill space between jingles and jangles that are more rooted in the 60s and 80s (Brit pop fey awesomeness) and 90s and 00s (indie and robot dance music aesthetics), in most cases simultaneously. I can't begin to describe the LP's sublime aesthetics packaging or the thrill of hearing Cotton Candy win yet another Battle of the Bands. Sweet!

Posted by Roctober Productions at 9:49 PM