Tim Mahoney "Live From the Sky" 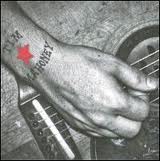 (www.timmahoney.com) It was a great idea for Mahoney to release a live album, because there's few things as persuasive as hearing a crowd freak out as each song title is announced, sing along with choruses, and generally be pretty convincing that each and every song is their favorite. There are some specific female hoots and hollers that keep popping up at every lull, but if Mahoney was planting a wife in the audience to move the crowd than he must be a polygamist because it's at least three chicks who keep losing it. And you can see why the fans dig Tim: he has the kind of chops that would have made him  a giant on the college circuit in the days when the Hooties and Dave Matthewses were making millions. The Sky is not the limit!

Posted by Roctober Productions at 7:20 PM