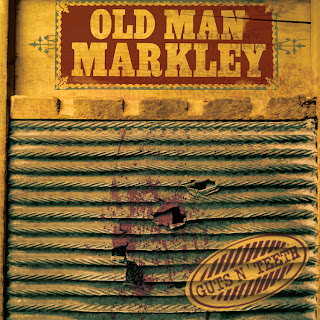 (Fat) OMM's aggressive bluegrass with some punkish drumming adds youthful appeal to a genre that always had a weird youth element (every bluegrass or fiddling fest I've ever attended has had strange family bands with can't-shave-yet teens sounding like seasoned Bill Monroe sidemen, perfectly vocalizing murder ballads with the same weird detached look in their eyes Michael Jackson always had as little kid). There are at least three things that make this band really stand out. First is the vocalist's staunch refusal to affect a fake hillbilly drawl, instead utilizing the phrasing and tone of pop punk/emo singing, which is rarely a style to aspire to, but it was a good move here. Second is the band's rejection of formula. Some songs are punked up bluegrass, some are straight up traditional, and some are nicely minimalist (the title track is just acoustic, vocal harmonies, and a squeezebox solo). And third: everyone loves fiddles!

Posted by Roctober Productions at 7:49 AM