Kevn Kinney and the Golden Palominos “a good country mile” 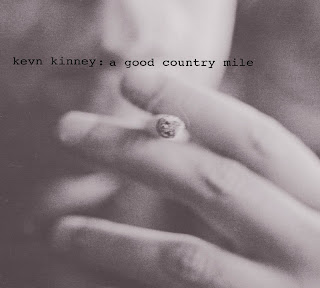 (www.drivinncryin.com) I’m excited by this mostly because I did not know that Kinney was still in the game and that his band drivin’ n’ cryin’ had released records as recently as 2009. I was a genuine obsessive about the band’s 1987 “Whisper Tames the Lion” LP which was produced by the Golden Palamino’s Anton Fier. So this callabo sort of highlights the songwriting, production, and optimistically melancholy vibe of a record that I listened to a thousand times. "a good country mile" is an album of new and old songs that would appease country, southern rock, indie rock, guitar geek, Americana, 60s country rock, and singer/songwriter fans, all of whom would feel like they understood it better than all those folks in the room with different haircuts than them.
Posted by Roctober Productions at 6:01 AM