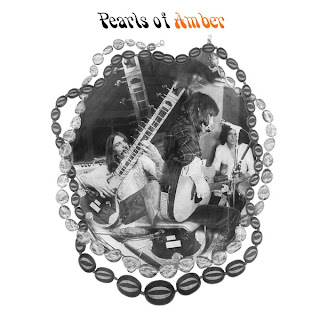 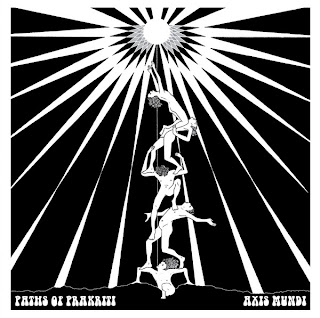 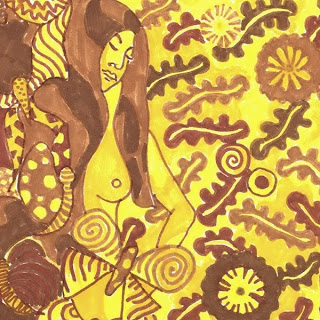 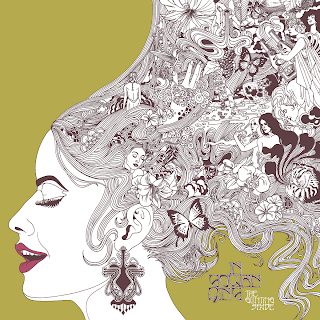 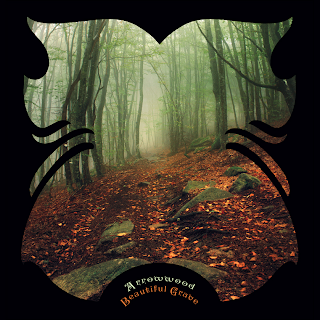 (Merlins Nose) I’ve never heard of the neo-folk/psyche label Merlins Nose (from Germany) but the array of sounds they laid upon my ear provided as trippy a trip as I’ve taken in (ye olde middle) ages. By far the highlight are the 1971 recordings by duo Amber, who utilize tabla and sitar to make their mellow psyche folk soar around the world. Somehow their calming precious folk music actually grooves…this is to be heard. Elsewhere…If the hypnotic weirdo drones and buzzes if Arrowwood were not created by tree-dwelling wood faeries than I’ll be a wood nymph’s uncle! To call In Gowan Ring “neo-folk,” or “phreak pholk” acknowledges the trancelike psychedelic effect of this music, but disrespects how traditionally, beautifully, meticulously this is actual folk music, and B’ee is an ancient minstrel spreading stories across the briar! I give B’ee an “A!” Jahrtal impressively creates ambient exotica that combines a blissful opium haze around a virtual Martin Denny, virtually stationed in Tokyo. And as far as the remaining group: Paths of PraCrappy!
Posted by Roctober Productions at 2:23 AM