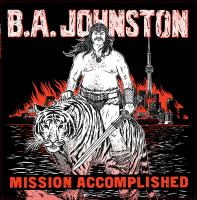 (Mammoth Cave Recording) This delightful song cycle posits that Johnston is a mutant fusion of Atom and his Package and Stompin' Tom Connors, but per the latter, rather than expressing his throbbing Canadian patriotism by employing jingoistic sloganeering and didactic geography lessons Johnston instead complains about Tim Horton's hash browns, gas prices, and the livability of Windsor, Ontario. This album also presents some of the most effective message music I've heard in ages, the message being: don't let B. A. Johnston watch your cat while you're out of town!


Posted by Roctober Productions at 5:58 AM