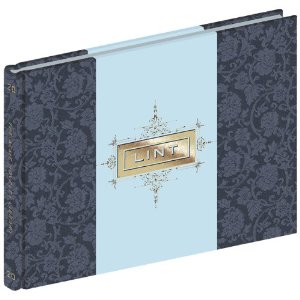 (Drawn and Quarterly) (Guest Review by Robert Dayton)
Chris Ware’s visual style is so refined and close to clean perfection, it can be easy to take him for granted. One can lick it and it won’t soil the tongue, though it will cause play on the bleak emotions. It’s such precious stuff. With this latest volume he often uses stylistic seismic shifts that heighten the story. It begins akin to the way Portrait Of The Artist Of a Young Man (you know, you read it as an English Major) begins: through the child’s eyes, using colourful, building block shapes which then, as the character ages,  gets back into the more familiar Ware style. Towards the end of the book he sets up a page as a perfectly replicated Google search that moves into an online book review. Following that he takes on an aggressively red expressive style under the guise of an anguished character’s artwork. Through these various styles, the book maintains its’ heavy realism.
The main character, Jordan Lint, was previously seen as an antagonist in a Rusty Brown story. Basically he’s a jock asshole who uses people. And we follow his entire life right up into the future (a future that is completely devoid of science fiction clichés).
Chris Ware’s work is certainly character driven and, yet, can be tough to access; one can have a lot of trouble really getting inside his characters. It was rather difficult to feel empathy for the reprehensible Jordan Lint. Yet all of Ware’s comics have so many relatable moments. And, hey, isn’t life all about moments? Moments that recur. Some of Lint’s self-serving choices caused me to cringe as I wondered, “Do I have it in me to do some things as awful as Lint if I don’t keep myself in check?”
Posted by Roctober Productions at 2:57 AM