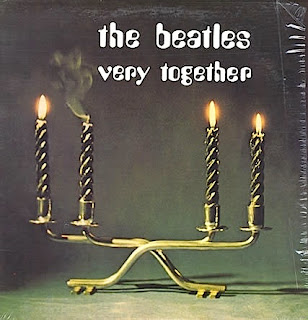 (MVD) (Guest Review by Gary Pig Gold) In the summer of 2005, a package arrived at the Hollywood offices of Highway 61 Entertainment from London with no return address. Inside were two mini-cassette audio tapes dated December 30, 1999 and labeled The Last Testament of George Harrison.

A voice eerily similar to Harrison's tells a shocking story: Paul McCartney was killed in a car crash in November of 1966 and replaced with a double! British intelligence, MI5, had forced the Beatles to cover up McCartney’s death to prevent mass suicides of Beatle fans. However, the remaining Beatles tried to signal fans with clues on album covers and in songs.
Until now, the “Paul Is Dead” mystery that exploded worldwide in 1969 was considered a hoax. However, in the film Paul McCartney Really Is Dead: The Last Testament of George Harrison, the mysterious voice on the tapes reveals a secret Beatles history, chronicling McCartney’s fatal accident, the cover up, dozens of unknown clues, and a dangerous cat and mouse game with “Maxwell,” the Beatles' MI5 handler, as John Lennon became increasingly reckless with the secret. The voice also claims that Lennon was assassinated in 1980 after he threatened to finally expose “Paul McCartney” as an imposter!
Highway 61 Entertainment has investigated this stunning new account of the conspiracy to hide McCartney’s tragic death and produced this unauthorized documentary that includes newly unearthed evidence. The mysterious voice on the audio tapes narrates the entire film in what may prove to be the most important document in rock and roll history, leaving little doubt that PAUL MCCARTNEY REALLY IS DEAD!
Nevertheless, as undoubtedly and forevermore convincing as this stunning film may certainly be, your intrepid Rock and Roll Reporter has in fact gone to the ends of the Internet to fearlessly uncover, believe them or not….
TEN MORE REASONS PAUL IS REALLY, REALLY DEAD:
1. Give My Regards To Broad Street (…especially the movie).
2. James Paul McCartney (the real one) was born in Walton Hospital, Liverpool, on the 18th of June, 1942. Numerically, that makes him a Number 6. However, the sixth song on the album Beatles 6, “Words Of Love,” was in fact composed by Buddy Holly, who died not only on the third of February, 1959, but stipulated in his last testament that all posthumous, universal rights to his publishing catalog be granted in perpetuity to none other than JAMES PAUL McCARTNEY for the nominal fee of… two hundred and fifteen thousand dollars (U.S.)
3. When spoken backwards, the title of the 2006 Paul McCartney classical album Ecce Cor Meum is MUEM ROC ECCE.
4. Paul McCartney’s first fiancé, the actress and cake decorator Jane Asher, most recently appeared on British television in the comedy series The Old Guys. Its first season theme song was composed by the Scottish poet/humorist Ivor Cutler who, in 1967, was actually hired by the fake Paul McCartney to portray bus conductor Buster Bloodvessel in the Beatles’ Magical Mystery Tour. Buster, in one of the film’s most truly disturbing of many such sequences, is seated at a restaurant table alongside Ringo’s auntie Jessie as she is being served shovels full of stale, flaccid spaghetti by none other than… JOHN LENNON.
5. Throughout the Beatles Anthology “bonus” material featuring Threetles Ringo, George and “Paul” sitting and reminiscing over ukuleles together, George is constantly seen being painfully condescending to (when not ignoring altogether, that is) none other than… PAUL McCARTNEY.
6. When you hold a hand mirror beneath the title written across the top of The Beatles’ Second Album jacket, you have to be very careful not to tilt the cover too much to the right, otherwise the record itself will fall out of its sleeve and most likely become soiled and possibly even permanently damaged by coming in contact with the floor below.
7. “I haven’t spoken with Paul in several weeks now myself”:  RINGO STARR, Press Conference, Fallsview Casino, Niagara Falls, Ontario, Canada, June 23, 2010.
8. Everyone, from producer George Martin on down, seems to agree that the Beatles’ 1968 double-length White Album should have been shortened by at least fifty-per-cent. But nobody to this day – including EITHER Paul McCartney – can agree on exactly which songs to cut!
9. Throughout the 1999 Nitin Sawhney remix of the Fireman single “Fluid (Out Of Body),” an electronically-altered tape loop of a voice sounding strangely like that of Percy “Thrills” Thrillington can be heard saying, over and over, “Fluid (Out Of Body) doesn’t really mean Fluid Out Of Body, as in Fluid pouring Out Of somebody’s Body – presumably mine – like the Bodily Fluids, mainly blood, which supposedly poured out of my body when I was decapitated and left to look like a walrus during a horrific car crash late on the rainy night of November 9, 1966 after I angrily stormed out of a Beatles recording session following a heated debate with John Lennon over why I wasn’t allowed to perform on the track ‘She Said She Said’ …REALLY!”
10. Had the real James Paul McCartney still been alive, the makers of Paul McCartney Really Is Dead: The Last Testament of George Harrison would certainly have already heard from his solicitors.
Posted by Roctober Productions at 11:27 AM